I haven’t talked much football at all since last season. The lockout drained any potential excitement I had for the upcoming season and I didn’t want to talk about it. Happily, the issue got resolved, preseason games happened, and the NFL I know and love is on as if nothing ever happened. So without further ado (although I tend to add a lot of ado as I go; really, I often throw in so much ado that sentences become incomprehensible and parenthetical asides becoming paragraphical asides, but hey, I like having a lot of ado around.), here are my thoughts after 1 week of NFL action. 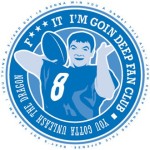 I am a charter member. Via KSK.

1. As you may know from earlier postings last year, I love me some Sex Cannon. Having a quarterback who plays like he just doesn’t give a shit, wants to jack the ball deep every time, and thinks that screen passes are Kevin Spacey gay is exactly the kind of guy I want quarterbacking my team. OK, I mean, sure, I’d rather have Peyton in his prime QBing my team, but if I can’t have that, I’ll take Sexy Rexy every time. Can’t argue with 210 pounds of twisted steel and sex appeal.

2. Speaking of The Sex Cannon, this post about him on Kissing Suzy Kolber is one of the funniest things I’ve ever read. If language and, uh, adult situations bother you, a) you’re reading the wrong blog, and b) the post I’ve linked to makes the shit I write look like the naive scribblings of an 8-year-old girl hoping to join a nunnery.

4. Before the season, my prediction for the Redskins’ season was going to be 8-8, a 2-game improvement over last season, but with a much, much better team. I expected them to be vastly improved in all phases and rid themselves of the malcontent distractions. Now that I’ve had a preseason of watching them run the ball very, pass efficiently, play great defense and special teams, and then watch them beat a team that has positively owned them for the past 5 years in a game that I didn’t even have to panic over for the last five minutes, I can confidently make this prediction: 8-8, with a much better team than last season. I don’t think there is any team in the league so talented that the Redskins can’t beat them. I also don’t think there is any team in the league so bereft of talent that the Redskins can’t find a way to lose. Growing pains. It happens. So I essentially think the Skins have a 50-50 shot of winning every game this year. That sounds like 8-8 to me. Next year: playoffs.

5. HAHAHAHAHAHAHA Tony Romo. Man, there is no better schadenfreude like Cowboys schadenfreude. The Quarterback Who Leads the League in Smiles (thanks, Peter King) always brings me such joy when he can utterly destroy the Worst Fucking Collection of Assholes in the Universe (obviously, that includes their fans) all by himself. Just so great. I have a small, bitter heart.

6. Sucks to be a Colts fan for this year anyway. They’ve had a good run at least. I hope Peyton comes back and still plays like a beast. I enjoyed watching Michael Jordan play basketball even though I didn’t root for his team, and I like having Peyton in the league even if the Colts aren’t my team. Something about watching someone who is or could possibly the greatest player of his position in sports history brings me joy.

7. For the first time ever, Tom Brady said something I liked. According to Shutdown Corner, Brady responded to a question about the normally quiet home crowd with a request for fans: “…start drinking early. […] Get nice and rowdy. 4:15 game, lot of time to get lubed up. Come out here, and cheer for the home team.” Reasonable enough. Then the Patriots organization had to step in and clarify that Brady meant for them to drink lots of water and stay hydrated. The Patriots are the Dallas Douchey Cowboys of the AFC.

8. On Sunday, I only passed for 39 yards less than Donovan McNabb.

9. That said, I still like Donovan and I wish him success. I know a couple of Vikings fans who could use a pick-me-up after last season.

10. The 49ers-Seahawks game was one of the worst professional sports displays in a long, long time. I kept looking for the stupid-ass half-stripe on the ball that would tell me I’m watching college football. It was godawful.

11. When Ryan Kerrigan swatted that Eli Manning pass and took it in for a touchdown, I was practically clinging on my ceiling like a startled Peter Parker. Took my wife and I 5 minutes to let the dogs know that Daddy was happy and there was nothing to worry about.

12. I was pretty surprised that the Ravens beat the ever-loving shit out of the Steelers.

13. I was not surprised that the Falcons got bitch-slapped. Highly overrated team there. Actually, the whole NFC South is highly overrated. The Bucs? Really? People think they’ll be good? Huh.

14. I have no idea where all the preseason hype for the Rams came from. Seriously, the Rams were a lousy fucking team last year, and yet everyone is clamoring how good they’re gonna be this year. They might win their division, but shit, it’s the NFC West. The Cardinals will win that division and be the only team that posts a winning record. For a change.

15. The Eagles didn’t look that great against the Rams, but they didn’t need to. That’s how you can tell when there is a shitty team involved.