Last week’s podcast about A Quiet Place got Jules and I thinking – what makes a great horror movie for us? What elements do we like to have, or need to not have? We answer those questions and talk about our favorite movies, just to prove that fact that I actually DO like things. Then we shit on the ones we really hate because honestly it’s a lot more fun to do that.

Red wine and shandies were consumed during this podcast. The skeletal hands holding a wine glass was an unintentional addition that turned out to be pretty fitting.

Well, I violated the edict and name of the new podcast on the second episode, since we had absolutely no drinks before or during the recording of this podcast. But it is the first-ever Timely Movie Review on my blog, so there’s that! Join Jules and me as we discuss A Quiet Place, the John Krasinski and Emily Blunt movie about people shushing each other. We recorded it as soon as we got home, so you can tell there are feelings about this critically-adored film (95 inexplicable percent on Rotten Tomatoes!).

Link to the m4a file for downloading purposes 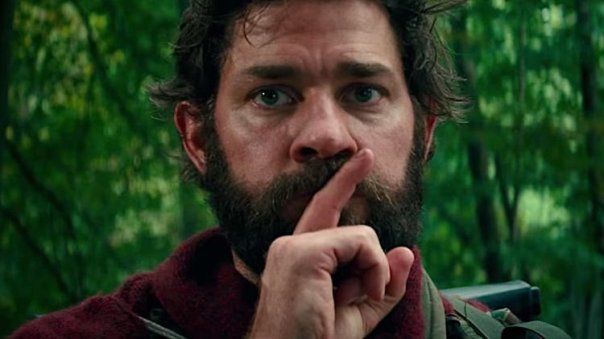 John Krasinski responds to our criticisms.

Saddle up, folks: it’s time for a podcast!

The Shovelcast is dead, because the name wasn’t very good. I wanted to call it Two Drink Minimum, which would be a requirement for anyone on the podcast, but being a popular phrase it’s already taken. So then I wanted Three Drink Minimum, but that’s also a podcast, where the hosts have no more than 3 drinks. NO MORE THAN THREE. THAT IS THREE DRINK MAXIMUM YOU IDIOTIC SHITNUGGETS.

So anyway, welcome to episode 1 of Four Drink Minimum. It’s a podcast about whatever I feel like, but probably mostly pop culture and nerd shit. On this very special episode I was able to round up Christian and Allie Gebhart, the stars of the 3 Shovelcasts I’ve done. They are the biggest Star Wars fans I’ve ever known, and I’m pretty sure it’s impossible to find a person more into it than Christian. So their feelings about The Last Jedi are strong, as you’ll here. Also joining me is my awesome and incredible wife Julienne, and another Star Wars fan and all around cool dude Kurt Anderson.

So join us as we heap tons and tons of praise on the bold new direction the Star Wars movies are going!

This image sums up everything about this movie.