← Not Only Is Everything Not Going to Be OK, We Are Well and Truly Fucked
Random Grab-Bag O’ Thoughts, December 5, 2016 Edition →

I have a deep and enduring affection for Kurt Russell. Even above and beyond his movies, there is just something about the man that makes my knees weak. This perplexes and worries my wife, but there isn’t much I can do about it. I love his performances, his manner, his aw-shucks grin, his interviews – you name it. But there is one thing above everything else about the man that impresses me and leaves me swooning.

Of all the things I hate about myself – and there is a lot – one of the top 50 or so things is my hair. I hate it. My hair sucks. It’s really fine, so it doesn’t do anything except either lay limp on my head or sway in the breeze. Unless, of course, I’ve just woken up, in which case it’s a variety of hilariously terrible designs. I call them the Super Saiyan (everything pushed up like I’m fucking Syndrome from The Incredibles), the Tricorn (the top straight up in a spike, each side straight out), the Fauxhawk (you can guess that one, except it’s super pointy), and the Sideblast (one side is flat, the other shooting out the other way). They are all terrible. My wife routinely calls me Calvin due to my resemblance to the comic strip character. Once, when I was staying with my in-laws, I woke up and went to the kitchen for some coffee. My father-in-law saw me and just immediately busted out laughing. I turned around and went back to bed.

Let’s just say my hair sucks, and I haven’t even gotten to the cowlick.

Anyway, people with thick, lustrous hair have always drawn my envy and admiration. I can’t even grow facial hair worth a shit, but I’d rather be bald than have a beard. I feel like beards would smell. And I’d have this beard and it’d be all smelly and it’d sit right under my nose and I’d have to smell that shit all day. No thanks. Beards are not OK.

Sorry. Anyway, that brings me back to Kurt Russell. Kurt Russell doesn’t have hair, he has a lustrous mane. It’s thick and awesome and it looks so much cooler than any dipshit hair style I’ll ever manage in my entire life. His hair should have its own IMDB page. Its own star on the Walk of Fame. I want a lock of his hair, Galadriel/Gimli style, and you’re damn right I’d set it in crystal and make it an heirloom of my House.

Now you get why my wife side-eyes me when I talk about Kurt Russell.

With no more ado, I give to you the definitive and indisputable 5 Best Performances by a Lustrous Mane, Kurt Russell Division: 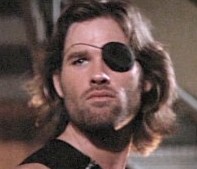 Some legends claim that the hair is sentient and claimed a human host.

This might seem a little low, considering I’ve written an article about it before, but the metrics do not lie. Snake Plissken’s hair is thick and wild, serving as the framework and aura for the eyepatch. In some scenes it’s nearly black, like the essence of Snake himself, holding just enough light to make it capable of saving the world even if the world doesn’t really deserve it. It has the tensile strength of nine armored cables. This hair is not ranked too low: its glory just underscores the power of the coifs that rank above it. 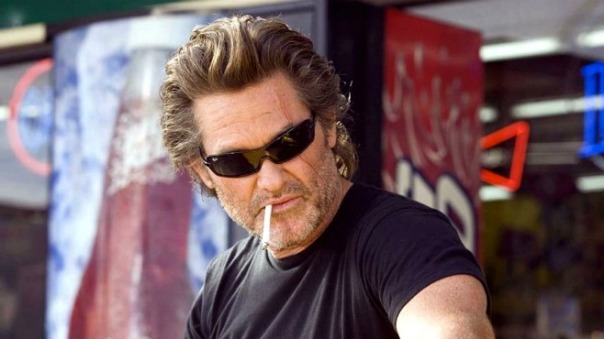 Look at that hair, that shock of sculpted gelled menace. It sweeps back, nearly but not quite straight, like a stretch of road where a killer in a car might prowl, lights off, waiting for his next automotive victim. This hair is 57 years old and has seen a lot of miles, but it hasn’t lost its swagger, its virility, or its danger. This hair comes to play, but you won’t like the game.

This hair is currently a USMC drill sergeant.

A surprise? Perhaps. What this hair lacks in gently sculpted waves it makes up for in rigidity. When Colonel Jack Motherfuckin’ O’Neil stands to attention, every last damn one of his hairs does too. Look at that shit. You could buff combat boots with it. You could scrub barnacles off a hull with it. Any bigger and you could lay on it like one of those nail beds, and they wouldn’t puncture your skin. You’d just rest on the ends of those perfect hairs.

My eyes are down here, thank you.

This is the hair that mullets want to be. Patrick Swayze at the top of his Point Break/Dirty Dancing/Whatever That Bouncer Movie Was game could never match the perfect 1980’sness of this hair. This hair is so powerful that simply pairing it with glasses allows it to collapse all of the magnificence of its natural state into something with its own completely new identity and Social Security number: 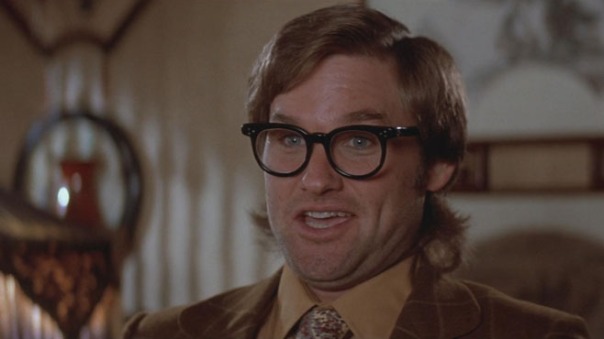 This hair did your taxes last year, and doubled your deduction.

This hair is the second-greatest gathering of head topping since Samson pushed down the pillars. But it’s no match for number 1. 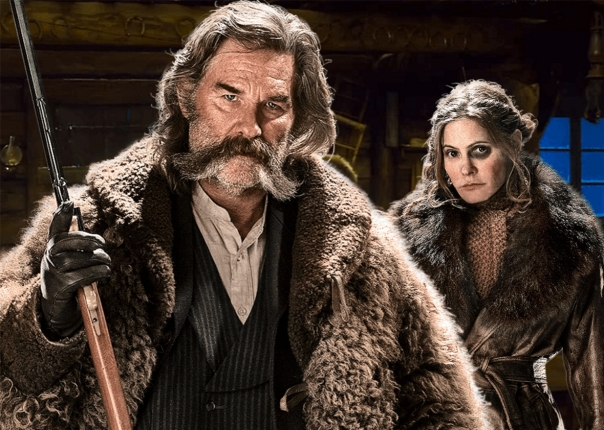 Kurt Russell is not actually wearing a fur coat in this picture. He just hadn’t had a trim yet.

Look at that. I mean, LOOK AT IT. Run your fingers through it, in your mind, unless you’re Goldie Hawn and you get to do it for real yourself. This mane is 64 years old and has seen every bit of it. It hasn’t grown down to protect the face of the man lucky enough to live under it so much as it had a kid that moved out of the penthouse and settled on Kurt Russell’s lip. That moustache begins and ends in different zip codes. Rumor has it that the facial hair alone destroyed a priceless guitar on the set of the movie, AND I DON’T THINK THE RUMOR GOES FAR ENOUGH. That moustache killed a man and buried the body during filming in the middle of the night, and it scared Samuel L. Jackson enough to keep quiet about it. This hair is magnificent, and this is undisputed.

Posted on November 17, 2016, in Kerfluffle, Uncategorized and tagged I Have No Idea What This Is, I'm Not Dangerous I Swear, This Is Probably Something I Should Have Kept To Myself, Top 5. Bookmark the permalink. 9 Comments.

← Not Only Is Everything Not Going to Be OK, We Are Well and Truly Fucked
Random Grab-Bag O’ Thoughts, December 5, 2016 Edition →