← The World Really Wants to Know About Sophia
Rick Grimes is a Sociopath: Walking Dead Season 3 Episode 2 Recap and Review →

I am 23 Times More Popular in Vietnam Than Luxembourg 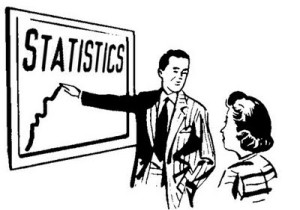 I’m a little bit of a stats obsessive. I love them. I think it’s one of the reasons why I enjoy football so much – stats are like the little milestones that let you say “Hey, neat, this thing that happens hundreds of times a year is slightly different than the other times!”. I don’t memorize stats, though, which is for Rain Man and baseball fans. I just like seeing them, thinking “well isn’t that interesting”, and moving on with my life. If I could have a bunch of people following me all day – or, well, maybe an app or something, because that could get creepy as hell after a while – I’d totally do it, just so I could get information about the things I do and compare them to my average score and the population at large. Couple that with an announcing team or NFL Films guy or – especially – Colby from Top Shot and I’d be in heaven. “Will you look at this! He has been urinating for 37 seconds already, well past his average time of 29.73 seconds! Could his all-time record be in jeopardy?” This would be awesome in every way.

Yes, this is another post about my blog site stats. Sorry.

Anyway, WordPress keeps track of all kinds of shit. I’ve talked at length about Google search terms and how fascinating they are to me, and I’m sure another “Questions Answered” blog is in the future. In addition to that illuminating and somewhat disturbing information, WordPress also keeps track of what countries my views come from (at least since February 25th, 2012). I’m riveted. Just knowing I’ve gotten 119 views from the Philippines versus 71 from France – know what? Fuck the French. Lowest score of any of the Western European nations. Except Portugal, but I give the Portuguese a pass since they helped turn the tide in the battle for Atlantic supremacy during World War II while the French shouted “Mon dieu!” and fainted.

55 brave souls from the Russian Federation have harnessed the power of the greatest technological advances in human history to read my opinions about the Walking Dead and proper cupcake sizes. Well, more likely it’s 1 lonely dude 55 times, but I prefer to think as every click representing a single person yearning for the knowledge of the world and somehow ending up here and leaving bitter, jaded, and disappointed. It’s a dream of mine. Tiny-ass Singapore has given me 62 views. Slovenia is currently edging out Poland 44-43. It’s an exciting battle! I get no views from Iran, but I’ve gotten 2 from Iraq! THE MARCH OF FREEDOM AND DEMOCRACY IS ALIVE! I do want to know why Madagascar is not impressed with me though. C’mon, just 1 hit? Is that too much to ask? Same with Mongolia. Well, guess what? In Waiting on the Dead the apocalypse starts in Mongolia, just for that. Who’s laughing now? Enjoy your fermented horse milk smoothies!

Appropriately enough, the one guy living on the Isle of Man has visited my site. I have 100% representation! And no, I will not be swayed by arguments that there is more than one person living there. It’s the Isle of Man, not Men.

The country view that makes me the proudest, though, is the one view I have from China. I picture some dissident, yearning for access to the wealth of Western civilization, huddling in a cave with Wi-Fi, slipping through government cordons and site-blocking bots and Tron-like digital robots, risking his life, his family’s lives, all for the answer that he needs, that he cannot live without, for the question plagues him in his sleep and renders his breakfast cereal to wormwood.

Did they ever find sophia walking dead?

Yes, you brave man, yes they did. I hope the torture and eventual execution was worth it. Nevermind; I know it was.

Posted on October 24, 2012, in Kerfluffle and tagged Nerdery, So META!. Bookmark the permalink. 1 Comment.

← The World Really Wants to Know About Sophia
Rick Grimes is a Sociopath: Walking Dead Season 3 Episode 2 Recap and Review →