← Actually, This Is Me With a Mustache
The Republican and Democratic Parties Are Destroying Our Republic and Democracy →

It’s been a couple years since I did this, but I thought that if there was ever a year that deserved to be celebrated by a two-bit writer on a pointless blog, it’s 2016.

OK, wait a second. First aside (and it might be a record coming in on the second sentence – although the chances that I’ve done it before in the first sentence is becoming likelier the more I think about it): it’s been a long-time habit of mine to be self-deprecating and insulting to my abilities and this blog. It’s a tradition, of sorts, mostly because I try to be humble and also that I recognize that, in the world of writing, I’m barely the speck of dirt that will one day invade a pore and give rise to a pimple on the ass of the world’s literary giants. I might not even be that important. Anyway, I recognize that my talents are limited and this blog is rarely updated and barely worth the cost of reading it (opportunity costs, folks. You could be learning about dimorphism or the Egglet-Burke Theory or how to properly season a cast-iron skillet instead of wasting your time here). So I know these things. But I’m going to take a conceit from my favorite gaming-related blog (The Angry GM) and, instead of being self-deprecating (read: honest) about my abilities and this site, I’m going to go the opposite route. For the remainder of this post, I will assert that I am an amazing writer, the GREATEST WRITER, and this site is the most prestigious and exclusive gathering of the greatest distilled thought that millennia of evolution have worked towards in building to that apex of human development, me.

It’s been a couple of years since I bothered to cast my gaze on the workings of the mundane world around me and provide to you, the Reader wise enough to know where to find true Wisdom, with the insight and incisive commentary that only a Writer and Thinker of such caliber as Myself could provide, so that you may appreciate the Things of the World that are worthy of such Acclaim, and that you may also have your attention drawn to the true Evils and Wrongs of the world as only I may see them, so that you might see the errors in your own thinking and nod knowingly and approvingly as I tell you Why Things Are and what you should be doing about them or, more likely, what you should Not Do about them, since through my long years of experience, I know things that seem to be nearly incomprehensible to the Common Mind, and –

Here’s a bunch of bullshit awards on a variety of bullshit topics. There’s been a lot of Memery (copyright pending) spilled over how terrible 2016 has been and how it’s the Worst Year in Human History and all that shit (seriously, tell that to someone who went through World War I or II or the Great Depression or the Black Death or the Children’s Crusade or anything else. I love David Bowie and all, but come the fuck on). 2016 hasn’t been a great year, topped off (pimple-on-the-bottomed off?) by the election of a supremely incompetent know-nothing blowhard who threatens to set the world back a few decades as a best case scenario and make true the worst post-apocalyptic fiction as a worst-case scenario. I’m going to try leave politics out of this list, but I’m making no promises. I will say, however, that everyone who thinks 2016 was fucking terrible need to just wait to see the shitshow 2017 is going to be. 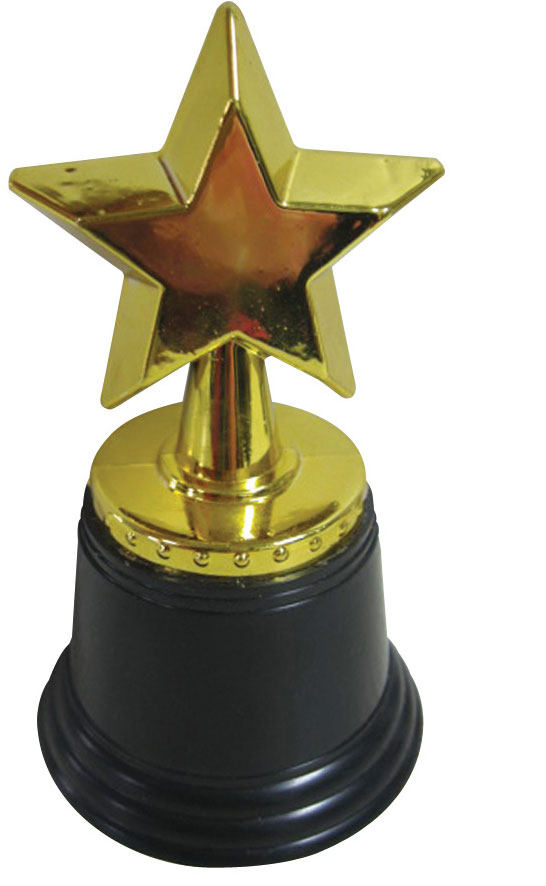 The most-coveted shitty plastic trophy presented by someone named Alan Edwards in the entire multiverse.

The 2016 Aravan Award for the Meme That Makes You Look Most Like An Asshole by Participating In It:

As a huge animal lover, I was appalled and saddened when the gorilla was shot in the zoo. I still am. So, as a message for all the people who still reference or write in Harambe for President or cite Harambe as the reason for the world’s ills, stop. You are the person that comes up behind her (his? I don’t fucking know) dead body, rips the head off, and walks around with your hand up the stump of its neck and makes the jaw move while you pretend to be its voice. Stop it, because it makes you look like an asshole.

(Note: the reason Pepe does not win is because the award is for the meme that makes you LOOK LIKE an asshole for spreading it. If you post Pepe anymore, you simply ARE an asshole, not just appearing as one. A technicality, to be sure, but an important distinction.)

Written by my wife and given to me for my birthday, this song makes me weep uncontrollably. Seriously, thinking about it makes me tear up. I’m tearing up now. Her voice can do it to me all by itself, and combine that with the words and the distillation of what we went through – god, here I go again.

Honorable mention: the live performance of The Snowman I saw this past weekend. The combined tears of the opera house that afternoon, properly harnessed, might have solved the California drought.

This one is really simple. CAPTAIN AMERICA: CIVIL WAR. There really wasn’t anything close.

Equally simple: THE RAVEN, the tale of John Cusack sent back in time to assume the identity of Edgar Allen Poe without ever once making an effort to be anything like the man who actually was Edgar Allen Poe. Read my full thoughts here.

“Let me read you my Top 5 poems about you dying young.”

The trailer for the Trolls movie

The existence of any Adam Sandler movie made for Netflix

The 2016 Aravan Award for Most Annoying Made-Up Name

This could potentially go down as a lifetime achievement award, because I can’t think of any name that annoys the shit out me more than the winner of this award.

Lemony Snicket. Say that one a few times. Lemony Snicket. Purse your lips at the end when you do, like a Victorian-era nursemaid who just said something approaching the boundaries of naughty. Lemony Snicket. Feel how clever you know the person who thought that up felt when they first said it. If the human race could quit with the Lemony Snicketing bullshit the world would be a lot better off. Lemony fucking Snicket. You aren’t clever. You’re unctuous. There. I said it.

ME, when I assumed and wrote a whole thing about how Great Britain needs to stop with the bullshit Lemon-Snickety names like Newt Scamander and, well, most everything J. K. Rowling uses as a name. I still think that, but the line of thinking sprung from the fact that I assumed Lemony Snicket was British. It isn’t. It’s an American. Of fucking course it is. America needs to get its shit together.

This one was tough. The nominees are:

I have never enjoyed a season of television so much. I don’t want to spoil a damn thing, but I urge you, once more, to watch this show.

The 2016 Aravan Award for Best Album of the Year

I have no fucking idea. Do people even buy albums anymore? I’d be hard-pressed to name a song that came out in 2016.

Like most writers, reading anything that I’ve written before can be cringeworthy. It’s worse than just plain bad writing from someone else, because you still know what you meant to say, but what you wrote was so far from it that it makes you die a little inside. Sometimes, though, you come across something you wrote that you love absolutely, and can’t believe that you wrote it, because it’s good on a level that you don’t think you honestly even have.

I wrote a lot of things this year I’m extremely happy with, like The Brave Girl and a couple of other things. This is rare for me, being really happy with what I’ve written. But there is one thing that I go back to (mostly because it’s something I’m still working on, so I need to keep my facts straight) and every time I read it I smile, because I love it. It’s my favorite thing I’ve ever written, just because it’s better than I imagined in my head. THE SERPENT IN THE CITADEL: CHAPTER ONE is the best thing I’ve ever written. The dialogue makes me happy.

The 2016 Aravan Award for Most Anticipated Sci-Fi Event

Hahahahaha, just kidding, who cares about that shit. The problem with prequels is we already know what happens. If your entire movie was summed up forty years ago in two lines, then you probably don’t need to make the movie. Unless you want to print money, which based off the ungodly amount of Star Wars licensed garbage out there they certainly do. No, the obvious choice is:

The 2016 Aravan Award for Video Game of the Year

Well, I only played one video game that came out this year, so FALLOUT 4 wins in a landslide. That did come out this year, right? Note: I just bought The Witcher 3 but it hasn’t arrived yet. I have a feeling it’s going to edge out Fallout, based on the hype.

The 2016 Aravan Award for Biggest Collapse at the Finish Line

Know what? Too soon. GOLDEN STATE because christ the next four years are going to be fucking terrible but I can’t make myself talk about it.

← Actually, This Is Me With a Mustache
The Republican and Democratic Parties Are Destroying Our Republic and Democracy →